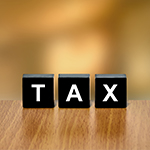 As is the case every year, the Commissioner for SARS recently published the annual notice to officially ‘open’ the 2016 tax season. Individuals are now able to file their annual income tax returns for the 2016 year of assessment (which ended on 29 February 2016) from 1 July.

In the recent Government Gazette No. 40041 (dated 3 June 2016) the persons required to file annual income tax returns for the 2016 year of assessment was announced. The following time frames will apply:

o 31 January 2017 for all provisional taxpayers making use of SARS’ eFiling system.

As was the case in previous years, companies may only file returns using eFiling – manual returns are no longer allowed in terms of the above SARS notice.

Taxpayers (excluding companies) are required to submit returns if they carried on any trade in South Africa during the 2016 tax year. This does not include the mere earning of a salary. A variety of other factors are listed in terms of which non-company taxpayers are required to submit returns. The primary exemption from the requirement to submit a return for tax resident natural persons though is if the person earned only a salary from a single employer during the year which did not exceed R350,000, and income from interest for that person was also less than R23,800 (or R34,500 if the person is older than 65).

Quite a number of taxpayers are therefore potentially exempt from the requirement to submit an income tax return, even if registered for income tax purposes. However, even though it may in terms of the notice not be required to submit a tax return, it may still be beneficial to do so. Natural person taxpayers are often under the unfortunate impression that the completion of a return necessarily gives rise to the incidence of tax. This is of course not so and many may have suffered tax consequences during the year already by having amounts deducted from salaries in the form of pay-as-you-earn contributions deducted from their salaries. This of course amounts to a mere cash flow mechanism introduced to ensure a steady supply of cash to the fiscus and which contributions are set-off from the annual tax liability when the annual tax return submitted is assessed. However, the opportunity to negate this is presented through the completion of a tax return and claiming deductible expenses in the form of e.g. medical aid or pension fund contributions. The principle in this regard is that all income is taxable irrespective of whether a return is completed or not. However deductions can only be claimed by completing a tax return and natural persons specifically should jump at the opportunity to do so.

This entry was posted in Tax and tagged SARS, Tax season. Bookmark the permalink.