HOW SOUTH AFRICAN DIVIDENDS ARE TAXED 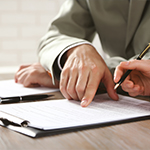 However, for ‘normal’ non-REIT dividends, merely since dividends are income tax exempt does not mean that dividends are not subject to any tax whatsoever. Dividends are still subject to the dividends tax, which is a tax levied at 15% of dividends received, and are taxed in the hands of the recipient taxpayer. The tax also operates as a withholding tax; in other words the tax is withheld by the company declaring the dividend and paid over by it directly to SARS on the taxpayer’s behalf. For example, imagine that a company declares a dividend of R100 to a shareholder. Of this amount, only R85 is paid over to the shareholder, with the remaining R15 being paid to SARS on the taxpayer’s behalf.

As a result, it may be beneficial for non-exempt entities (such as trusts or individuals) to hold their share portfolios through a wholly-owned company. Beside the added benefits attaching themselves to using a privately owned company through which to hold a shares in companies (such as securing these from attachment by the individual/trust’s current or contingent creditors, or to ensure more efficient management of a portfolio of investments) a company also offers the opportunity to receive returns on investments in the form of dividends more tax efficiently. South African dividends received by a South African company will most likely not be subject to either income tax or dividends tax. Dividends tax considerations are of course not the only factor to take into consideration before such a decision is made, and professional advice should best be obtained from a professional to ensure that correct structuring decisions are made.

This entry was posted in Tax and tagged Dividend, Tax. Bookmark the permalink.