Posted on February 24, 2016 by StrachanCrouse 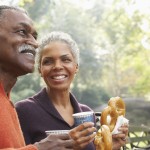 Government is moving to level the playing fields when it comes to retirement savings. The new Taxation Laws Amendment Act, 2015, which comes into effect on 1 March 2016, has been met by opposition from some quarters but the development is positive for both individuals and the financial services sector.

It’s actually a great thing for South Africans as we are standardising how retirement vehicles are treated. With the new legislation, provident fund individuals (from 1 March 2016) will be treated the same as pension fund members or individuals invested in retirement annuities (RAs).

What this means in practical terms is that, on retirement, those individuals whose companies make use of provident funds can access a third (they can no longer take the full lump sum) and two-thirds has to be used to purchase an annuity. Like those currently using RAs, members of a provident fund will now also gain the tax deductions from contributions, as opposed to companies who previously received the benefit.

Previously, on retirement you could take the entire lump sum in your provident fund – how you managed it and what you did with it was entirely up to you. You weren’t compelled to take a third or buy an annuity. Conversely, with a pension fund you are allowed to take one third in cash and two thirds has to buy an annuity which would be used to provide you with an income for life, or a specified period.

Importantly, the money is not administered by government as it is commonly misunderstood. It is safe and in the hands of reputable and longstanding financial service providers in a highly-regulated financial services sector. Government is not administrating it, as many often assume. In formulating the new rules, government has been sensitive to the different strata of society.

While administrators will change their rules from 1 March 2016, in terms of anything accrued in a provident fund up to 29 February 2016 the old rules still apply. So you can access the entire lump sum accrued up to 29 February 2016. Anything accrued from 1 March 2016, up until you retire, falls under the new rules – so one third lump sum and two thirds to purchase an annuity.

It is also important to note that if what you accrue from 1 March 2016 does not exceed R247,500 then you can withdraw the entire amount in cash; simply because it doesn’t make sense to access one third and then take out an annuity for the remaining two thirds as the income drawn would be minimal. In addition, the old rules apply to anyone who is at the age of 55 or older on 29 February 2016. Furthermore, the rules only apply on retirement. If you were to resign, then the full lump sum is available to you, subject to normal tax rules on withdrawal.

The reason why government has gone this route is to prevent people from taking a lump sum, splurging at retirement and a few years later depending on a state pension and the support of family and friends. So, the burden on the social welfare system will be lessened by this change. Furthermore, it is also a move by government to instil a better savings culture in South Africa; something the country’s finance ministers have bewailed for years.

What South Africans need to realise is that you don’t have to invest only in an RA, a pension or provident fund for retirement. You can save in any vehicle, provided it is structured correctly, is tax as well as cost efficient and delivers the desired objective for the client.

Considering that only R500,000 of your lump sum withdrawal is tax free, it makes sense to only take this amount on retirement and transfer the rest – a tax-free transfer – into an annuity. Again, these tax-related restrictions highlight just why individuals should diversify their retirement savings and not rely only on one vehicle.

The new Tax Free Savings Account is a great option in this regard. This is a great option for all individuals in South Africa, and particularly the higher end of the market. If you have reached the annual maximum contribution towards retirement savings across retirement annuities, pension and provident funds of R350,000 per annum (effective 1 March 2016) then this is an additional vehicle available to you, and all growth is tax free.

Given these nuances, educating the market about annuities and savings vehicles, and how they work is important. There is very little knowledge in the market. This is an opportunity for advisors and financial service providers to promote a savings culture that among other things breeds healthy post-retirement lifestyles for South Africans. Now everyone has a fair opportunity to maximise the tax deductions and contributions towards their retirement.

FNB Financial Advisory is, ultimately, upbeat about the changes. We want to contribute towards changing the percentage of South Africans who can retire comfortably from 6%, into double digits. We also want to ensure that clients meet their goals and lifestyle aspirations for their golden years.

Early in the new year is the ideal time to examine your options. We call this RA season because this is the opportunity for you to maximise your spend and get a little more back from the taxman, by contributing now up to prescribed limits, before the end of February. You should review your retirement portfolio once a year. If you are paying ongoing fees to an advisor then you are well within your rights to ask for this service.

Irrespective of whom you speak to, don’t make impulsive decisions or delay the savings process. We live in volatile times and there will always be periods of volatility, but these will stabilise over time. Creating and adhering to a personal investment strategy to help you achieve your retirement goals is essential to success. When in doubt, seek a second opinion.

This entry was posted in Security and tagged Benefit, Fund, Retirement savings. Bookmark the permalink.