Posted on October 14, 2015 by StrachanCrouse 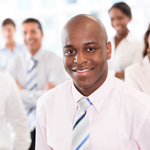 Recent changes to the B−BBEE legislation have resulted in uncertainty in the market and have created practical challenges for entities in verifying their B−BBEE Status Levels, for recipients and users of B−BBEE sworn affidavits and verification certificates, as well as for B−BBEE verification professionals.

The clarification notice issued by the dti on 15 May 2015 confirmed that the Amended Codes of Good Practice which came into effect on 1 May 2015 are applicable to entities who are being rated on a financial year ending after 30 April 2015. However, entities which currently fall into a specific sector scorecard must still be measured under their current sector scorecard (until 30 October 2015 by which time Sector Codes should be aligned with the Generic Codes).

All B−BBEE verifications in respect of a financial year ending on or before 30 April 2015 can still be conducted in accordance with the old Codes of Good Practice (Notice 112, Gazette No 29617 of 9 February 2007).

The purpose of this SAICA communication is to provide some clarity, including practical considerations, relating to the B−BBEE Status Levels of EMEs and QSEs (excluding Sector Codes), as well as the utilisation of sworn affidavits under the Amended Codes of Good Practice.

2. New thresholds and B-BBEE Status Levels for EMEs and QSEs

Under the amended codes, the annual total revenue threshold for Exempt Micro Enterprises (EMEs) has increased from R5 million to R10 million, and a Qualifying Small Enterprise (QSE) qualifies within the R10− R50 million bracket.

EMEs (including start−ups) and QSEs could qualify for higher B−BBEE Status Levels, depending on their black ownership:

It should be noted that an entity tendering for work which will take them into the next size measurement category will require a B−BBEE certificate rated on that size entity. For example, if an EME were to tender for a contract worth R12million, it would be required to submit a QSE scorecard. Also, an EME or QSE can volunteer  to  be  measured   on   a scorecard higher   than   that  for  which  they  would  ordinarily  qualify.

A significant change for EMEs is the removal of the requirement to obtain a B−BBEE verification certificate to confirm its B−BBEE Status Level (as well as for QSEs in certain circumstances). The amended codes make provision for confirmation of an EME’s B−BBEE Status Level via a sworn affidavit confirming the entity’s annual total revenue and black ownership (Par. 4.5 of the Amended Code Series 000 Gazette No 36928 as amended by Gazette No 38765). A sample of an affidavit for an EME can be found on the dti’s website:  http://www.thedti.gov.za/gazzettes/Affidavit_EME.pdf

The CIPC has also been granted authority to issue certificates to EMEs, but only on initial registration of a start−up entity, i.e. the status that applies to an enterprise for the first year following its formation or incorporation (section 6, Start−up enterprises in the Amended Code Series 000 Gazette No 36928).

Sworn affidavits are also applicable to QSEs with a black ownership of at least 51%, but they are not granted automatic Empowering Supplier status as is the case with EMEs.

Sworn affidavits can only be issued by a Commissioner of Oaths (including that an affidavit can be sworn at a police station).

The application of the amended codes and the basis for measurement are provided in Statement 000 of the Amended Code Series 000 Gazette No 36928 as amended by Gazette No 38765, and can be summarized as follows (for empowering supplier status refer to section 4, hereunder):

An Empowering Supplier within a context of B-BBEE is a B-BBEE compliant entity which is a good citizen South African Entity and complies with all regulatory requirements. It is one which can demonstrate that its production and/or value adding activities take place in the country.

A QSE however does not qualify automatically as an empowering supplier. Two situations can be distinguished:

In the case of the latter, the QSE’s empowering supplier status will be addressed in the B-BBEE verification certificate as part of the overall measurement of its B-BBEE Status Level. In the case of the former, there are different views whether the sworn affidavit can also be used to confirm the entity’s empowering supplier status or whether an independent verification is required. It is expected that the dti should provide clarification in this regard.

For purposes of measurement of an entity’s empowering supplier status, Large / Generic enterprises must meet at least three of the following criteria, whereas a QSE must meet just one (refer to par. 3.3 of the Amended Code Series 400 Gazette No 36928 as amended by Gazette No 38765):

The dti has confirmed that all current and valid B-BBEE verification certificates issued under the old Codes of Good Practice (Notice 112, Gazette No 29617 of 9 February 2007) are assumed to confer empowering supplier status until 30 April 2016.

The regulations to the PPPFA (para 10) state:

“10. (1) Tenderers  with  annual total  revenue of  R 5 million or less qualify  as  Exempt  Micro Enterprises (EMEs) in terms of the Broad-Based Black Economic Empowerment Act, and must submit a certificate issued by a registered auditor, accounting officer or an accredited verification agency.

Clearly, this does not allow for a self-assessment or sworn affidavit as proof of B-BBEE status and also, does not take into consideration the increased thresholds and B-BBEE Status Levels for EMEs and QSEs. This is causing confusion for businesses as public sector enterprises and private business have not yet aligned their policies and are sometimes reluctant to accept the sworn affidavits in place of B-BBEE verification certificates.

National Treasury is in the process of drafting amendments to the regulations to the PPPFA, recognising the new thresholds for B-BBEE and supporting the acceptance of sworn affidavits going forward. Furthermore, it is expected that National Treasury will clarify the situation for public sector enterprises in the interim by way of a Supply Chain Management Circular in terms of which sworn affidavits should be accepted in the circumstances prescribed in the amended codes.

6. Proposed course of action (in the context of EMEs)

Although the B-BBEE legislation allows for sworn affidavits in place of B-BBEE verification certificates, and indeed is the only option for an EME that is not a start-up enterprise or that has not otherwise decided to voluntarily be measured in terms of the QSE scorecard, the general acceptance of such affidavits are currently proving to be a challenge in certain instances.

It is proposed that an EME that uses a sworn affidavit as confirmation of its B-BBEE Status Level, use the sworn affidavit in the format as proposed by the dti (which template is available on the dti website as referred to above). Furthermore, in order to provide the recipients and users of such sworn affidavit with a level of comfort with respect to its use in support of the entity’s B-BBEE Status Level, the entity could use a cover letter (on its own letterheads to indicate that entity management has applied their minds to the requirements  under the B-BBEE Act (as amended) and the amended codes, the applicability and validity of the sworn affidavit in the  circumstances of the entity and the consequences of making misrepresentations in this regard. Refer to the illustrative cover letter for an EME included in the appendix to this communication.

There may be circumstances where the entity is requested to supply additional information, for example, a grantor of a tender contract requesting the tendering party to provide a report from its accounting officer or auditor to confirm certain financial information. Such requests should always be treated as “in addition” to any information already submitted, including the B-BBEE sworn affidavit.  It is important to note that the sworn affidavit, if properly obtained and if used in the appropriate circumstances, should be accepted as the only confirmation of an EME’s B-BBEE Status Level. Any request for additional information and any additional report from the EME’s accounting officer or auditor does not relate to the B-BBEE measurement  process  as contemplated under the B-BBEE Act (as amended) and the amended codes. Furthermore, any report so issued is not a certificate relating to B-BBEE status in any respect whatsoever.

When a chartered accountant is approached with these types of engagement requests from their clients who are the tendering parties they should be evaluated in the context of the identified information needs of their clients and the type of engagement that would be appropriate in the circumstances. Furthermore, proper engagement acceptance procedures must be applied and agreed in the terms of the engagement (i.e. in the engagement letter).

It is proposed that an agreed-upon procedures engagement in accordance with the International Standard on Related Services (ISRS) 4400, Engagements to perform agreed-upon procedures regarding financial information may often be appropriate in such circumstances, although the chartered accountant must exercise his/her professional judgement to make a final decision regarding the type of engagement, acceptance of the engagement and the agreed terms of the engagement.

SAICA wishes to express its thanks to Jenni Lawrence, Managing Director at Grant Thornton Verification Services, for her assistance in compiling this communication.

This article is a general information sheet and should not be used or relied upon as professional advice. No liability can be accepted for any errors or omissions nor for any loss or damage arising from reliance upon any information herein. Always contact your financial adviser for specific and detailed advice. Errors and omissions excepted. (E&OE)

This entry was posted in B-BBEE and tagged legislation, status levels. Bookmark the permalink.