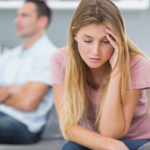 The Domestic Violence Act 116 of 1998 (“the Act”), came into operation on 15 December 1998. The purpose of this Act is to protect victims of domestic abuse. It sets out the procedure for a person to apply to court for a protection order.

There is a whole list of what is considered to be an act of domestic violence, and it is not limited to physical violence. Other acts of violence such as emotional, verbal, physiological, economic and sexual abuse are all deemed acts of domestic violence. The list extends the protection to intimidation, harassment, stalking and damage to property.

A “complainant” is any person (including a child in the care of the person), who:

“domestic relationship” means a relationship between a complainant and a respondent in any of the following ways:

The Act casts the protective net very wide, if the definitions of both domestic violence and domestic relationship are considered.

The court held that the Act therefore has to be interpreted in order to clearly define the concepts of “domestic relationship”, “family” and “domestic violence”. In the interpretation of legislation, and this Act specifically, the underlying purpose of the statutory provisions has to be carefully considered and kept in mind. In other words, the reason why this Act was passed by government should be taken into account.

The court considered all the surrounding circumstances to determine whether the complainant’s health, safety and well-being were threatened by the respondent’s acts.

In the judgement, the court remarked on other cases where it was held that a domestic relationship involves persons sharing a common household (people living together under one roof). However, the court held that the legislature must have intended a wider definition, but not so wide as to include a mere blood relationship.

The implication of this judgement is far-reaching.

Every matter will have to be individually considered and the relevant factors taken into account. The definitions in the Act can no longer be interpreted as literally as before the Daffy-judgement.   Every court will have to use its discretion to decide whether the persons are indeed in a domestic relationship and can no longer accept that once they fall under the definition, the Act shall apply mutatis mutandis.

If you are a victim of domestic abuse and require a protection order for your own physical and emotional well-being, you should obtain legal advice sooner rather than later. Assistance by an attorney or legal aid clinic in the correct application for a protection order will ensure that the requirements are duly met and that the necessary and correct information be noted in the application.

A victim may also approach the court in his or her personal capacity. The clerks of the domestic violence court will assist you and should be friendly, empathetic and well versed in the requirements of the legislation.

It is of equal importance to obtain legal advice and representation if a protection order is sought against you, particularly as the process is sometimes abused and because of the dire consequences such an order can have on the criminal record of the respondent. 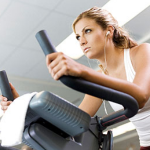 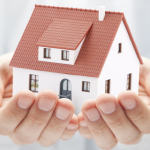