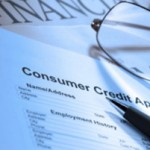 If you default on a credit agreement and action is taken against you by the credit provider, you still have time, according to Section 129(3)(b) read with 129(3)(a) and S129(4) of the National Credit Act (“NCA”)[1] as well as the case of Firstrand Bank Limited v Nomsa Nkata[2] to reinstate the credit agreement until the goods have been sold in execution.

Prior to the National Credit Act coming into force, the position regarding the right of a consumer to reinstate a credit agreement was determined by the principle of redemption in common law. According to this principle, a consumer would be able to reinstate the credit agreement by paying the credit provider the full amount of the debt, together with ‘default charges’ and reasonable costs of enforcing the agreement. According to the National Credit Act, ownership and possession of an item or premises can be redeemed by paying only the amount overdue at that date, together with charges and costs.

The issue, however, is at which point it becomes too late to pay the amount overdue in the execution process. This issue was addressed in the recent case of FirstRand Bank Limited v Nomsa Nkata.[3] Section 129(3) and (4) of the NCA states the following:

(b)       after complying with paragraph (a), may resume possession of any property that had been repossessed by the credit provider pursuant to an attachment order.

(b) The execution of any other court order enforcing that agreement; or

(c) The termination thereof in accordance with section 123.”

The Supreme Court of Appeal found in the FirstRand Bank Limited case that in terms of both the common law as well as the NCA, “the Rubicon has been, and remains the sale in execution.” This means that at any point up until the time of the sale in execution, the consumer can put a halt to the execution proceedings and reinstate the agreement by paying the amount overdue, together with charges and costs.

The reason that the above provision was placed in the NCA was to make provision for the fact that many consumers borrow money over an extended period in order to finance the acquisition of large purchases such as a home or a motor vehicle. It was also noted in the above judgment that less affluent citizens may make use of extended credit to purchase household items and appliances. Therefore the NCA assists consumers in providing them with the option of paying the overdue amount rather than having to pay the entire amount of the debt.

The Court established in the FirstRand Bank Limited case that Section 129(4) (b) can only be used before the sale has taken place and not thereafter. Once the sale has taken place the credit agreement cannot be re-instated between the consumer and the credit provider. Should you find yourself in the temporary position of not being able to pay the monthly instalments of your credit agreement but are able to pay those instalments at a later stage, and to not want to cancel the credit agreement, then it is imperative that you pay the money which is overdue to the Credit Provider prior to any sale in execution as you will not be able to reinstate the agreement thereafter. 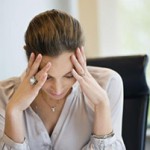 The application for liquidation and sequestration processes are often confused. Many people think that the processes are the same. However, there is a big difference between these two processes.

A simple way to describe liquidation is that liquidation is the winding up of a firm by selling off its free (un-pledged) assets to convert them into cash to pay the firm’s unsecured creditors. Before a liquidation application can be issued in court, a founding affidavit needs to be drafted. This affidavit will include all the details of the Applicant and / or Respondent. The Applicant is the person who wants to liquidate the company and the Respondent is the company. In the case where the Applicant is the company, there will be no Respondent. The affidavit will also include any details of the company, employees and creditors. A bond of security also needs to be signed for the purpose of the Master of the High Court.

Once the application is issued, the only people who receive this notice is the South African Revenue Services (SARS), the Master of the High Court, employees of the company and any trade unions. As soon as this is done, a Master’s certificate is obtained verifying the application, and a provisional liquidation order is granted.  A return date is then set, and all creditors are notified of the provisional liquidation through registered post and by placing the provisional order in two local newspapers. Should the Applicant’s attorneys receive no notice of intention to defend the matter, a final liquidation order is granted. The order together with the application is sent to the Master of the High Court and a liquidator will be appointed.

Sequestration is the preferred option for the individual who has exhausted all other options of resolution, and is now in a position where even if all their assets are sold, they would be left with such a high shortfall that it would be unreasonable to expect them to recover from this loss. A sequestration involves a little more administration work before a court date can be obtained. Before the Notice of Motion and Founding Affidavit are drafted, a valuer needs to be appointed in order to value the Applicant or Respondent’s estate. This needs to be done in order to ascertain whether the debtor is indeed over-indebted, and whether he / she has enough assets to provide a benefit for all creditors involved.

In the matter of a voluntary sequestration, the Applicant will be the party whose estate is to be sequestrated. The valuer needs to value the property of the Applicant on a forced sale scale. This will be calculated by subtracting 20% of the actual value of the property.

As soon as the valuer has made an estimate for the Applicant / Respondent’s estate, a Statement of Debtor’s Affairs needs to be handed in to the Master of the High Court for inspection by all creditors. This needs to be done no less than 14 or more than 30 days before the court date. A Notice of Surrender needs to be sent through registered post to all creditors to inform them that the Statement of Debtor’s Affairs is available for inspection.

The Notice of Surrender needs to be posted in two local newspapers and the Government Gazette no less than 14, or more than 30 days before the court date. Once all of the above-mentioned requirement has been adhered to, the notice of surrender can be annexed to the Founding Affidavit and can be heard by the court, no Bond of Security is needed at this point. A sequestration can only be heard by the High Court, whereas a liquidation can be heard either by a Magistrate’s Court or by the High Court, depending on the merits of the case. 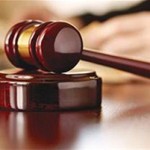 Imagine receiving the nasty surprise that default judgement has been entered against your name because of a summons that you have never even received. It is necessary that you know the procedure of how to rescind a default judgement to get you out of this unwanted situation.
Many people are confronted with the unfortunate situation of a judgement being entered against their name, without even being aware that legal action is being taken against them. The reason for this is that when a party fails to deliver a notice of intention to defend a summons, a Plaintiff is entitled to lodge an application for default judgment.

The reason for many Defendants not filing a notice of intention to defend, is the fact that they simply never receive the summons initiating an action against them. Personal service of documents by the Sheriff is only required where the matter affects a person’s personal status, such as with divorces and sequestrations. As it is not a requirement for the Sheriff personally, to serve a summons on a person, it can lead to situations where the Defendant never sees the summons, although the Sheriff stated that the summons has been legitimately served. An example hereof many people who indicate their domicilium citandi et executandi or nominated address where notices are sent, in an agreement. In the event of the Defendant moving, the Sheriff will still deliver the summons to this address, but the Defendant will never receive it.

In the event of a Defendant not receiving a summons, certain steps have to be taken to have the judgment rescinded. The Defendant has to serve and file his application for rescission of judgment within 20 days after becoming aware of the judgment that was entered against him. The Defendant (now the Applicant) is required to set out in an affidavit why the matter was not defended and what the bona fide defence is to the claim. The onus is upon the Applicant to set out legitimate reasons for why the matter was not defended.

When bringing an application for the rescission of judgement before court, the following principles are applicable:

The Applicant must give a reasonable explanation for his default. The court will be unwilling to help the Applicant if it is found that he was aware of the proceedings against him or if the default was simply due to his own negligence. If the Applicant’s default is of a wilful or negligent nature, these will serve as considerations that the court will take into account when deciding whether an application should be granted.

In many cases an Applicant simply rescinds a default judgement to delay the inevitable. It is therefore necessary for the Applicant to show that he is not simply delaying the Plaintiff’s claim. A bona fide defence, in other word a genuine defence, must therefore be shown, although it is not required to deal fully with the merits thereof or produce any evidence in this regard.
Ultimately, the court has discretion whether to rescind the default judgment or not, based on whether good cause was shown by the Applicant.

Although it involves an unwanted and often lengthy and expensive process, it is important to have any judgments against your name rescinded as soon as possible, as they have a negative impact on your credit rating. These judgements, if executed, will also leave you highly annoyed when the Sheriff shows up on your doorstep with a warrant of execution to seize your personal belongings.