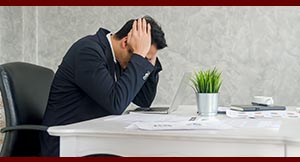 This begs the question: do you need to sign an employment contract to be protected by labour legislation in South Africa?

So, what is meant by employment relationship? The contract of employment contains most of the terms and expected duties of both the employer and employee but it seldom happens that it covers the full spectrum of the employment relationship. Some obligations and rights are derived from a variety of sources, including the common law, collective bargaining, statutes, custom and practices, and in some instances, oral contracts between the employer and the employee. Other factors which may be taken into account, such as the employee’s obedience, care, economic dependency between the parties, fidelity, and the employer’s duty of care towards the employee, are not often referred to in the contract of employment. Initially, when employees entered into the contract, these rights and obligations may not have seemed as important but may have later turned out to be the core of a dispute. Therefore, there was a need for the concept to go beyond that of just the contract of employment, as it needed to cover the full scope of the practical realities of the workplace.

The world of work has changed over the years and employers always try to bypass labour legislation, which means that working arrangements may go beyond the employment contract and the protection provided for in labour legislation should also adapt. In Denel (Pty) Ltd v Gerber 2005 9 BLLR 849 (LAC) the court held: “In this regard it is important to bear in mind that a contract between any two persons may represent form and not substance or may not reflect the realities of a relationship…”

In State Information Technology Agency (SITA) (Pty) Ltd v CCMA & others 2008 7 BLLR 611 (LAC) the Labour Appeal Court also used the “reality test” to determine an employment relationship. In WL Ochse Webb & Pretorius (Pty) Ltd v Vermeulen 1997 18 ILJ (SA) 361 (LAC) the court highlighted that neither the employer nor employee benefit from the employment contract when it is “cast in stone”.

The legislator has now shifted the focus to the abstract relationship between the employer and employee, rather than just focusing on the contract between them. This amendment changes the entire idea we had about the employment relationship, even expanding the protection offered by labour legislation.