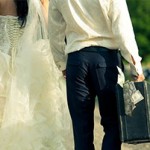 The issues that are dealt with in this article is whether a partner is entitled to maintenance from the other partner in terms of a Divorce Order if the partner that is asking for maintenance, is living with / or has a new relationship, where that partner is already maintaining him / her. We will deal with case law and the Maintenance Act 99 of 1998.

You’re soon to be ex-wife has moved on and is now happily living with a new partner. They are in a stable, supportive relationship and her new partner doesn’t seem short of cash. Everyone is living happily ever after, so why should you pay maintenance to your ex-wife?

The judgment of Harlech-Jones v Harlech-Jones [2012] ZASCA 19 has a reference. The issue, in this case, is whether a husband is obliged to pay maintenance to his former wife, who is involved in a relationship with another man, after divorce.

The duty of support

Neither spouse has a statutory right to maintenance. The language in the Divorce Act is clearly discretionary and the ex-spouse seeking an award for maintenance has no right as such. The court will consider the following factors before deciding whether to award spousal maintenance:

The discretionary power of the court to make a maintenance award includes the power to make no award at all. Our law favours the ‘clean break’ principle, which basically means that after a divorce the parties should become economically independent of each other as soon as possible.

Through a long line of cases dealing exclusively with maintenance pendent elite (awaiting litigation), it has become customary not to award maintenance to a spouse who is living in a permanent relationship with another partner.

As mentioned above, the Supreme Court of Appeal  gave an interesting judgment in the matter of Harlech-Jones v Harlech-Jones [2012] ZASCA 19. The question raised in this matter was inter alia whether it would be against public policy for a man to pay maintenance to his wife while she is living with another man.

The parties, who were married to each other in December 1972, were divorced in January 2011, after many years living apart and many legal battles. In terms of the Divorce Order, the Appellant (the former husband) was ordered to pay the Respondent the sum of R2 000-00 per month as maintenance with effect from 1 February 2011. With the leave of the High Court, the Appellant then appealed to the Supreme Court of Appeal solely against the maintenance order.

By the time the Divorce Order was granted, both parties had formed relationships with other partners, and the Respondent had been living for some three years with another man who fully and unconditionally maintained her.

The court was of the opinion that while there are no doubt members of society who would endorse that view, it rather speaks of values from times past and the court was of the opinion that in the modern, more liberal age in which we live, public policy demands that a person who cohabits with another should not for that reason alone, be barred from claiming maintenance from his or her spouse.

However, in light of facts of the present case, where the Respondent was being fully maintained by the man with whom she had been living with for years, the Respondent failed to show that she was entitled to receive maintenance from her former husband.  The Appeal therefore succeeded, and the maintenance order was set aside.

Therefore, if you feel that you are currently paying your ex-partner maintenance which he / she do not deserve, contact your legal representative and take back the money that you worked so hard to obtain! 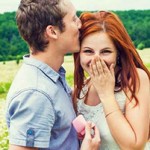 In this article the legal consequences of breaking off an engagement will be discussed. Is it a contract, and if it is, can you institute a claim for damages due to a breach of this contract?

In order to enter into a valid engagement to be married the following requirements must be met:

It is important to note that there is no law in South Africa that requires an engagement before    marriage.

Once a date for the marriage has been determined, there is a reciprocal duty to marry on that date, unless the date is changed by mutual agreement. Further, if no date has been determined, it is presumed that the marriage will take place within a reasonable time. Nevertheless, either of the parties may terminate the engagement, which may or may not attract a claim for damages or return of gifts.

An engagement can be terminated in the following ways:

It is important to establish whether there is a just cause for cancellation. If there is, the engagement may be validly terminated. A reason such as sterility or criminal activity, if it was only brought to the attention of the other party after agreeing to marry, may provide enough grounds to break off the engagement. If both parties agree to terminate the engagement, all gifts given in anticipation of the marriage, including the engagement ring, must be returned.

In the case of Van Jaarsveld v Bridges, the court decided that a party cannot successfully institute a claim for prospective losses on the basis of a breach of promise to marry, because an engagement is not an ordinary contract in the context of contractual damages and should therefore not be placed on a rigid contractual footing. This means that a party may not institute a claim for damages placing him or her in the position he would have been had they gone through with the marriage. Previous court judgements indicate that compensation will be awarded at the discretion of the court and that each case must be evaluated on the basis of its individual circumstances.

In conclusion, it is important to note that a promise to marry is an agreement which attracts legal consequences; therefore one should not be hasty when deciding to ask the big question.

A Guide to Divorce and Separation in South Africa, “Engagement and the Law”.