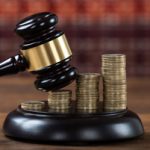 Emily and Nathan were a happily married couple in their early thirties with two minor children. Emily was a stay at home mom and Nathan was the breadwinner of the family. The family decided to take a vacation in Sun City, which ended tragically when Nathan was fatally injured on a Valley of the Waves ride. Who was to take care of the family now that Nathan was no longer there and who was to pay the price for the family holiday that ended in a tragic loss?

If the question of negligence is hanging in the air, then the obvious word to pop into one’s mind would be that of delict. In Kruger v Coetzee 1966 (2) SA 428 A 430E-G the formulation for negligence was established by Holmes in two steps:

(a) a diligens paterfamilias in the position of the defendant –

(b) the defendant failed to take such steps.

In the case of Za v Smith (20134/2014) [2015] ZASCA 75 (27 May 2015) the father and breadwinner of the family died in a tragic accident while on vacation at a mountain resort close to Ceres, Western Cape, after falling off a sheer precipice (a steep rock or cliff). The wife of the deceased took the matter to the Supreme Court of Appeal, who considered three elements, namely wrongfulness, negligence and causation.

The background facts were taken into account, namely the fact that the park was used for recreational purposes for the public upon paying an entry fee. Furthermore, the 150 metres gorge drop where the deceased fell to his death was not visible, especially in snowy weather, nor were there any warning signs.

The court a quo did not find the Respondents to be wrongful as they did not have the duty to warn guests of the danger that was blatantly apparent to them. However, in the above-mentioned case it was reiterated that the test for wrongfulness is whether it would be reasonable to have expected the defendant to take positive measures, while the test for negligence is whether the reasonable person would have taken such positive measures. Confusion between the two elements is almost inevitable. It would obviously be reasonable to expect the defendant to do what the reasonable person would have done. The result is that conduct which is found to be negligent would inevitably also be wrongful and visa versa.”[1]

If the above-mentioned case is taken into consideration then Emily would most likely be successful in her application for compensation for herself, as well as in her capacity as mother of the two minor children, if it is found that Sun City Holiday Resort was negligent and wrongful and had causation.