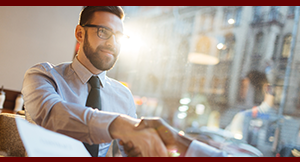 According to item 4 of the Code of Good Practice (“the code”), the definition of dismissal contained in Schedule 8 of the Labour Relations Act (“LRA”) states that, when an employee is charged with misconduct, “[t]he employee should be allowed… the assistance of a trade union representative or fellow employee”. However, what happens in the instance when you do not belong to a trade union, or alternatively, a fellow employee is unwilling to assist you?

An employee does not automatically have the right to a legal representative during a disciplinary hearing held at their workplace. However, the employee may bring a formal application prior to the hearing for the presiding officer to consider allowing an external representative to assist the employee at the disciplinary hearing. When exercising such discretion, the presiding officer should take certain factors into account, and the decision in respect of such an application is final, although the employee can still refer a dispute to the CCMA or Bargaining Council for procedural unfairness.

These are the factors to be considered:

However, what happens when the employer blatantly refuses the application, or the company policy prohibits the use of an external legal representative during a disciplinary hearing?

In the case of MEC: Department of Finance, Economic Affairs and Tourism: Northern Province vs Schoon Godwilly Mahumani, the Supreme Court of Appeal held that even when the employer’s disciplinary policy prohibits the use of an external representative, it may be allowed in certain circumstances. The court held that the employer’s policy must be viewed as a guideline, which may be departed from under appropriate circumstances. Therefore, ultimately leaving it to the presiding officers to decide.

In Molope v Mbha and Others, the Labour Court held that even though the dismissal of an employee who was charged with the unauthorised use of funds was substantively fair, the dismissal was procedurally unfair. The employee, prior to the disciplinary hearing, requested a postponement of the said hearing, in order to obtain an external representative as a fellow employee who had agreed to assist the accused employee decided to no longer assist shorty before the hearing. The employer however refused the postponement.

The decision of the presiding officer on such application is final. However, should the employee wish to appeal against this decision, the employee still has the option of referring the dispute to the CCMA or Bargaining Council for procedural unfairness upon the completion of the disciplinary process.

Therefore, should employers not disclose the option to use an external representative, via their policies or the notice of disciplinary hearing, it does not preclude employees from seeking the assistance of such representative. In the light of the above, it must still be kept in mind that it is not illegal for an employer to have a policy prohibiting assistance from external representatives. However, should the employee wish to make use of external legal representation, the request must be duly considered based on the aforementioned factors, as opposed to a mere outright denial of the request. 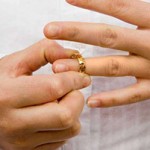 Consent is an essential element of a valid marriage and the parties to a marriage must confirm before the marriage officer during a civil ceremony that they voluntarily consent to marry each other.[1] There are certain circumstances where it can be said that consensus was not present, and this will be discussed below.

Six months after John marries Laura they decide that they want to start a family. John finds out from the doctors that he is sterile and cannot have children. Laura is distraught and contacts her attorney, saying that she would never have married John if she had known that he could not have children. Laura’s attorney explains to her the circumstances in which consensus will either be lacking or materially deficient, in which case the marriage can be annulled (set aside).

Firstly, a material mistake will result in a lack of consensus. A material mistake is limited to where there is a mistake as to the identity of your spouse or a mistake regarding the actual act of marriage in that you did not understand that the ceremony in which you took part resulted in marriage with the other party. In these circumstances there is uncertainty as to whether the marriage never came into existence or if it can be set aside. One may also make mistakes regarding the personal characteristics of your spouse. This may only be a ground on which the validity of the marriage can be challenged if these are material characteristics. The decision whether a mistake regarding a personal characteristic is material or not rests with the Court.[2]

Secondly, a misrepresentation by your spouse may justify the setting aside of a marriage if that misrepresentation relates to a material aspect of the marriage. In the scenario above, if John was aware of the fact that he was sterile before entering into the marriage with Laura, then Laura could attempt to prove that she was misled and state that if she was aware of John’s sterility, she would never have married him. However, if John was unaware that he was sterile, this is not a sufficient ground on which to set a marriage aside.[3]

Thirdly, if one of the parties was unduly influenced or placed under duress to marry the other party by any person including but not limited to the party to which they have been married, then there is no consensus and the marriage can be set aside.[4]

Fourthly, impotence, being the inability to have sexual intercourse, may be a valid ground for setting aside a marriage, but this will not be so if it was reasonably foreseeable at the time that the marriage was entered into that sexual intercourse wouldn’t take place based on factors such as age or illness.[5]

Fifthly, if the scenario above was altered to read that Laura was pregnant with another man’s baby at the time that she married John then he could apply to have the marriage set aside on the basis that this state of affairs would most likely result in an unhappy marriage. He may only make this application if he was unaware of the pregnancy at the time that they were married and if he has not waived his right to have the marriage annulled.[6]