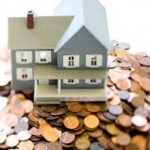 A seller’s protection under the “voetstoots” clause in a deed of sale for immovable property is not as “absolute” as some might think. It is still the seller’s duty to inform prospective purchasers about all latent (hidden) defects in a property. A seller’s failure to do so could cost the seller in the long run, as per a recent ruling by the Supreme Court of Appeal in Banda & Fynn vs Van der Spuy (781/2011) [2013] ZASCA 23 (22 March 2013).

Examples of latent defects are a leaking roof or a faulty geyser. It basically includes any defects that cannot be seen with the naked eye. Prospective purchasers will, for example, not see water marks on a ceiling resulting from a leaking roof in the “dry” months.

In the abovementioned case the sellers failed to inform the purchasers about the true extent of the damage to the property’s roof. The sellers were aware of the fact that the roof leaked and had some repairs done to it to try and fix the problem. On closer inspection by specialists it was found that the cause of the leaks were twofold. Firstly, the wooden roof poles were inadequate to properly support the weight of the thatch roof and resulted in the gradual sagging of the roof. Secondly, the pitch of the property’s thatch roof was only 35 degrees and not 45 degrees as it should be, which would have at least ensured that rain water would run off the roof. The specialists testified that due to the pitch of the roof being 35 degrees, water ran into the roof and caused the thatch to rot more quickly. It was found that the initial repairs were therefore not sufficient to stop the roof from leaking in future. The purchasers only discovered this after registration of the property and the sellers had to fork out to replace the roof, as the problem could not be permanently solved by doing repairs to it. Even though the sellers were not aware of the bigger problem, namely the incorrect pitch of the roof, they were still held liable because they were aware that the repairs which they had done were not adequate.

It is clear that a mutual responsibility rests on sellers and purchasers regarding defects in a property. Sellers should be honest regarding latent defects and purchasers should be vigilant, when viewing a property, for any patent defects. It will be wise for sellers to rather negotiate a lower purchase price due to defects in a property, and to disclose them to the purchaser.  Failing to be honest with the purchaser could have huge financial implications for the seller after registration of the property.