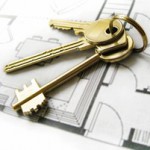 Is a testator entitled to disinherit a child and if so, will the child have a claim for maintenance against the estate?

Freedom of testation is the liberty of a testator to choose how to bequeath his/her estate, and govern how his/her property is transmitted after his/her death. The law of succession then, is at least in part concerned with the preservation of a testator’s wishes, even if it additionally serves a social function related to the family and economic structures of society. In principle South Africa propagates total freedom of testation.

The general approach in South African law is that agreements or clauses which attempt to limit freedom of testation are not enforceable. Further, once the testator’s wishes have been ascertained, a court is ordinarily bound to give effect to these wishes. Our baseline is allowing for much liberty and autonomy in the law of succession.

However, freedom of testation has never been unfettered. Both the common law and statutes, such as the Maintenance of Surviving Spouses Act 27 of 1990, impose restrictions on the testator. Bequests which are manifestly illegal or contra bonos mores (against good morals) will be regarded as invalid. Further, spouses and children may be disinherited in terms of the will but they may still have a legitimate claim for maintenance against a testator’s estate which cannot be disregarded.

There is furthermore a presumption against disinheritance, and courts will usually prefer a softer construction of a testator’s will in this respect. This is based on an assumption that a parent is not likely to disinherit a child. However, it is important to note that if it is explicit or clear in a testator’s will that a child is disinherited, then this will not constitute an impermissible exercise of freedom of testation; rather, a testator is given the liberty to lawfully do so.

South Africa gives fairly broad freedom to testators. Testators can generally dispose of their estates as they desire, subject only to certain restrictions mentioned above. Further, testators are not required to give reasons for their decisions in this regard, and are not accountable to their families for testamentary choices.

Nonetheless, the parental duty to maintain children will pass to the estate upon death, as confirmed in Carelse v Estate De Vries (1906) 23 SC 532. The minor child’s claim for maintenance is endorsed as settled law and a common law restriction on freedom of testation.

It should be noted that the child’s claim for maintenance and education is not to be confused with a legitimate portion as it does not entitle a minor to a set portion of the estate or, put differently, does not presumptively limit the testator’s ability to divide her estate as she or he desires. As such a testator could potentially disinherit a child without this impacting the common law claim the child will have against the estate.

Currently, South African law also provides for the surviving spouse to exercise a claim for maintenance against the deceased’s estate. The parental (and spousal) duty then does not merely extinguish upon death. The provision of maintenance for children gives effect to children’s rights as provided for by the Constitution, and affording this maintenance claim to protect dependants is wholly justifiable. This does not however entail that children should be entitled to a legitimate portion or forced heirship generally, as this would constitute an overly extensive constriction on freedom of testation. 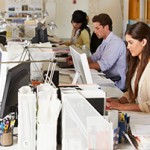 There are basic standards which are set out in the Basic Conditions of Employment Act 75 of 1997 which regulate, amongst other, the working hours that employees are permitted to work. Whether these conditions are enforced in practice, however, is uncertain.

The Basic Conditions of Employment Act 75 of 1997 (BCEA) sets certain minimum standards of working conditions for employees. In Section 1 and 3 the BCEA sets out that it does not apply to independent contractors, as well as certain others such as unpaid volunteers, members of the South African National Defence Force and South African National Secret Service. Conditions regulating working hours are included in the BCEA which, in addition to the general exclusions mentioned above, exclude the following persons:

If you do not fall into one of the abovementioned categories then the conditions in the BCEA (Sections 9 to 15) regulating working hours will apply to you.

A meal interval of at least 1 hour is due to an employee who works continuously for more than 5 hours and at this time the employee may only be asked to perform tasks that cannot be left undone or that cannot be entrusted to another employee. If the employee is required to work during a work interval, or if they are required to be available for work, that employee must be remunerated for being available during that time.

Overtime is limited to 10 hours per week if it is arranged per agreement between an employer and employee. This can, however, be increased to 15 hours a week by means of a collective agreement but this agreement is limited in duration in that it may not apply for more than 2 months in a 12 month period. The rate at which remuneration is calculated for overtime is at 1.5 times the employee’s normal remuneration.

These are some of the basic conditions regulating working hours, and further conditions and exceptions thereto can be found in Section 9 – 18 of the BCEA. Although the abovementioned conditions seem to provide protection to employees many employees will merely take note of them and continue to work overtime continuously without pay and without complaining. Unfortunately we live in a country where there are far more people to fill jobs than jobs available and therefore the only time that this Act is properly utilised is through collective bargaining and trade unions; therefore it offers little comfort to individual employees not belonging to trade unions. 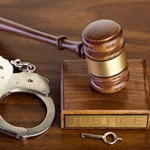 The purpose of criminal procedure is to ensure the security and safety of the public through effective investigation of crimes so that criminals can be identified and brought to justice.

First the crime is reported to the police station. Thereafter the police opens a docket and the crime is investigated by the investigating officer. Next the docket is sent to Court and the prosecutor must make a decision as to whether further investigation is necessary. The National Prosecuting Authority (NPA) decides whether to prosecute or not. If the NPA decides not to prosecute, it is most likely because the case is not strong enough, for example if there is too little evidence available. If the NPA decides that the accused will be prosecuted, the case is sent to Court for indictment.

The prosecutor may decide on diversion of the case as an alternative decision. Diversion is a system for first time offenders charged with petty crimes. They are given a chance to do community service, pay for damages resulting from the crime, undergo treatment for alcohol or drug problems, and/or counselling for antisocial or mentally unstable behaviour. When the case is heard in Court, the accused may apply to be released on bail. The effect of bail is that an accused who is in custody is released from custody upon payment of the amount of money determined for his or her bail, or the furnishing of a guarantee to pay it. He/she must then appear at the place and on the date and at the stipulated time determined for his or her trial, or to which the proceedings relating to the offense of which the accused is released on bail. The Constitution provides for the following: “Everyone who is arrested for allegedly committing an offence has the right to be released from detention if the interests of justice permit, subject to reasonable conditions.”

At the start of a trial, the prosecutor states the charges laid against the accused. The accused then pleads to the charge, which might be guilty or not guilty. If the accused pleads not guilty, the case must proceed to trial. The matter may be postponed to obtain further evidence or to get a lawyer for the accused. 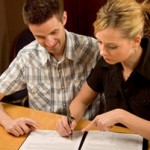